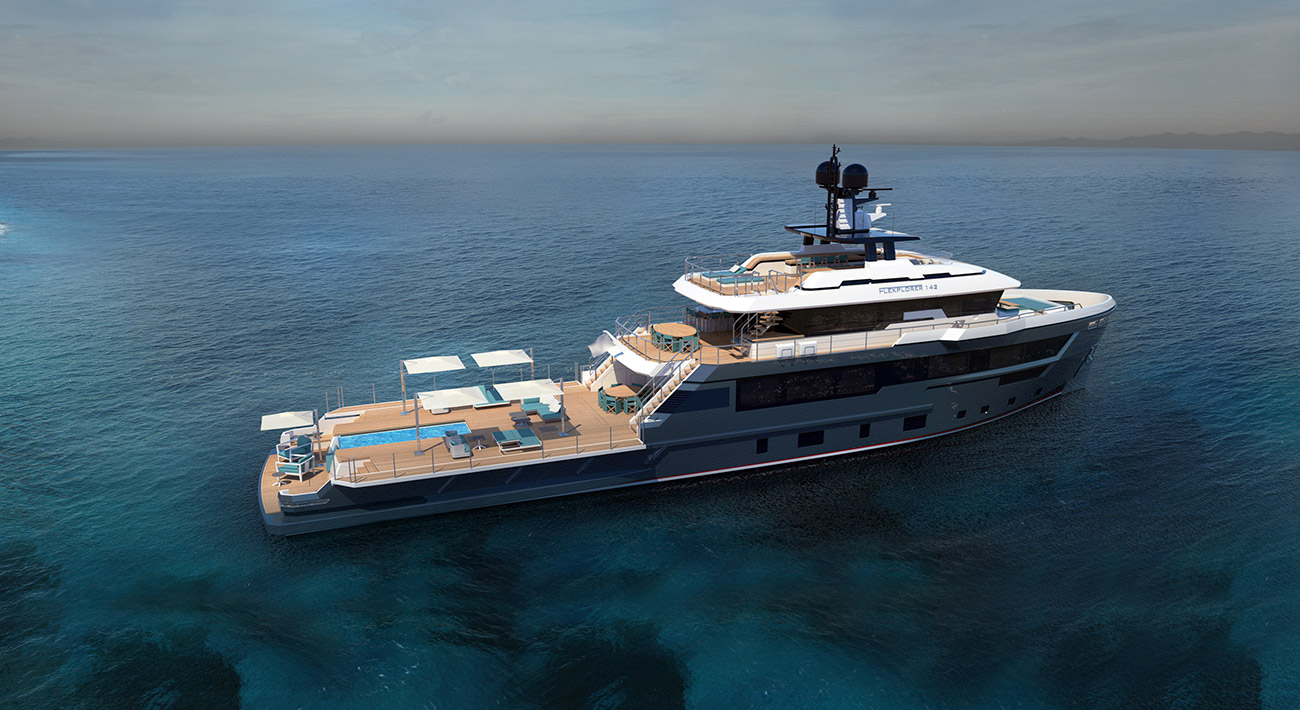 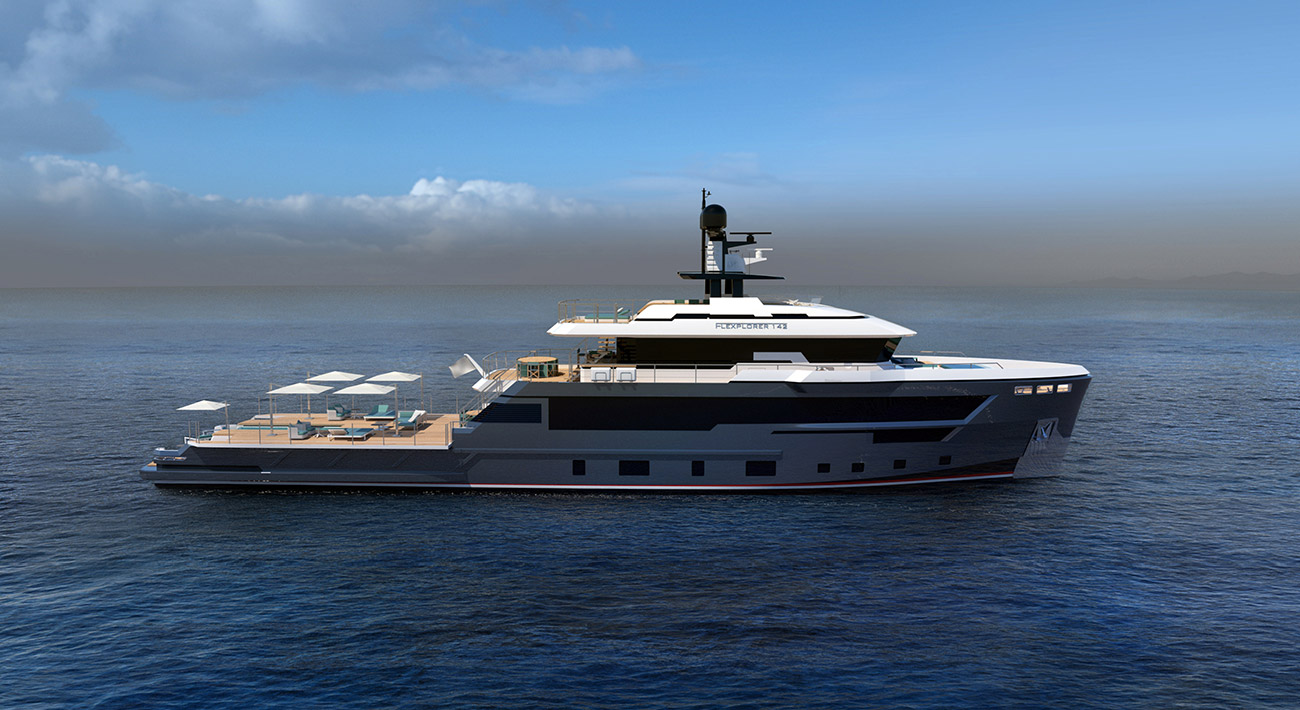 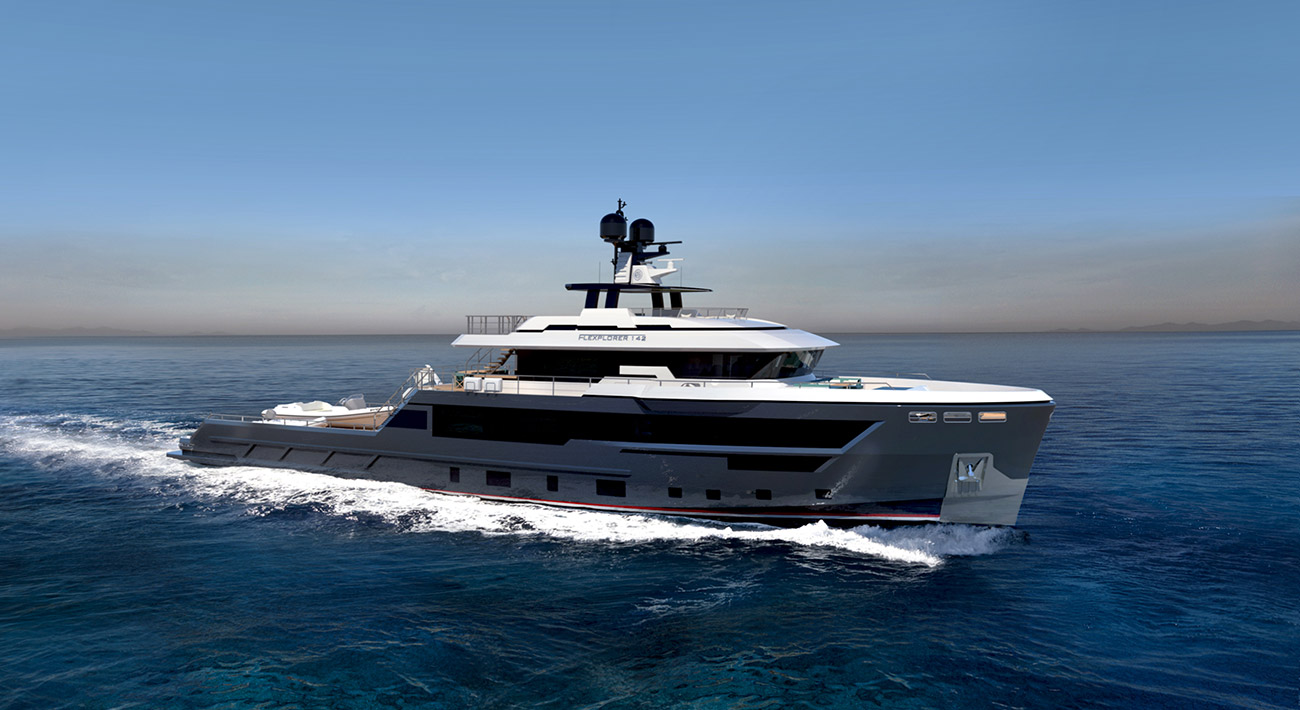 Cantiere delle Marche is glad to announce the sale of another yacht of the Flexplorer line: a Flexplorer 142 has been sold to a young and enthusiast German owner, a keen sailor, who has previously owned several sailing and motor yachts.

“The sale of the Flexplorer 142, named Maverick, is a milestone because it demonstrates the strength of our new propositions,” says Sales Director Vasco Buonpensiere. “When we first introduced our concept of flexible explorer yachts, we knew it would meet the taste of yacht owners eager to purchase a yacht which allowed them to sail far and wide. A yacht with a high degree of flexibility to adapt herself to different situations, able to carry big tenders and all equipment to venture safely to remote destinations yet comfortable and with all amenities of a true luxury yacht.” “Thanks to the excellent relationship with the Owner and his feedbacks, in spite of the present circumstances, details such as layout, general styling, power, size, special features and delivery date have already been defined,” Buonpensiere maintains.

The Hydro Tec bold exterior design will be completed with refined interiors by Francesco Paszkowski and Margherita Casprini. The owner’s wishes and lifestyle match with Paszkowski’s approach and impeccable poise and the yacht will feature top-end characteristics in terms of functionality and style. As the Flexplorer 130 Aurelia, Maverick features an asymmetrical layout on the Main deck. The asymmetry consists in a full beam configuration to starboard which adds square metres to the salon while leaving a useful passageway to port side.

(For the records, the asymmetrical layout is not something invented in these last years: it actually made its first appearance on Camaleon B a 43m custom yacht designed by Paolo Caliari and his ‘pupil’ Sergio Cutolo in 2002, followed by 53m Leo Fun and Vinydrea).

The owner and his family have great plans to fully enjoy their new yacht: they will be firstly exploring many destinations around the Med, after which they will be heading to the Northern latitudes to cross the Northwest Passage, eventually.

The Passage has been a byword for mystery and endeavor but in recent decades the ice cover retreated and during just a few weeks in Summer it became possible to pass through. The crossing, however, still bears the risk to run into ice floes and a very robust hull is highly recommended. This is why the Flexplorer 142 hull will feature – among other technical upgrades - an ice-belt of 22mm steel plates 400 mm above and below the waterline.

Let’s take a look at the Flexplorer 142 main features:

Going beyond our own limits and setting new standards, relentlessly, in terms of design, construction, engineering is the way we approach yacht building. This is why every new CdM yacht is the best we have ever built in its own unique way and the Flexplorer 142 will bring our standards to a new level.