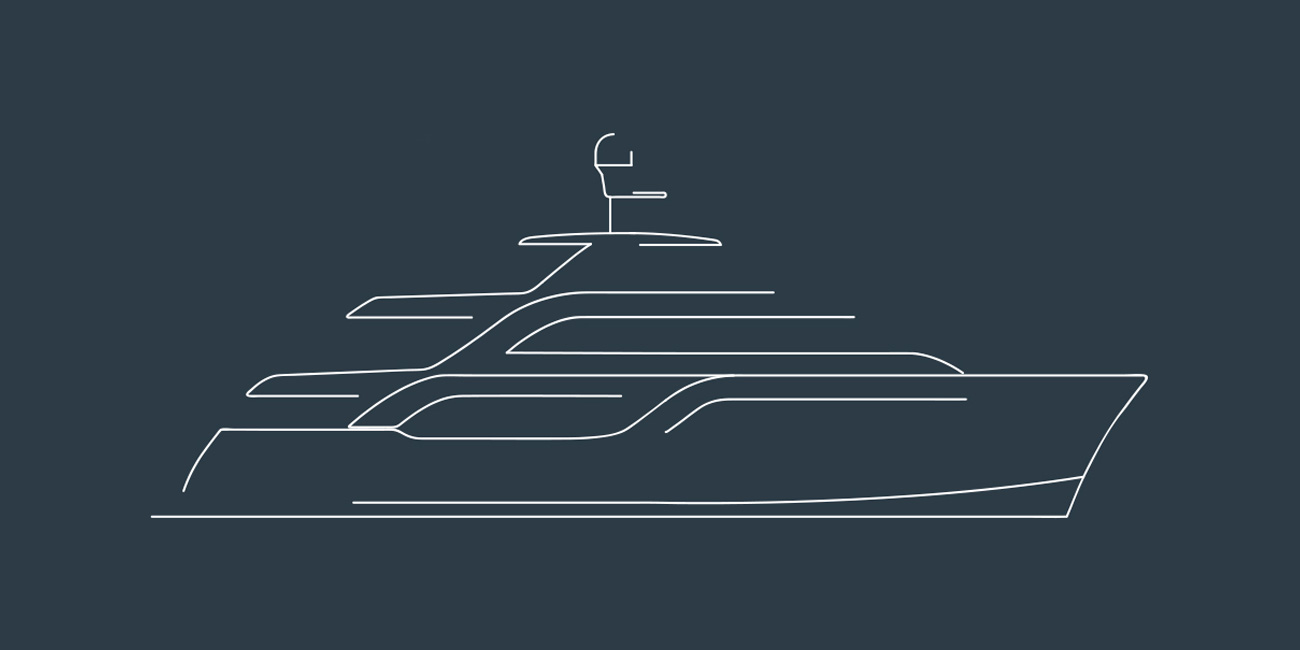 announced the sale
of an explorer custom yacht
acciaio 105

CdM has announced the sale of a custom built 105’ explorer yacht. Other 3 negotiations in progress for boats over 100 feet. The Ancona shipyard affirms itself as the World leader in the niche of Explorer yachts in steel and aluminum between 80 and 112 feet.

This was a golden July for Cantiere delle Marche. This hot month, which began with the signing of a contract for the construction of a new Darwin Class 102' for a Malaysian owner, continues with a further sale of a new custom made Explorer Yacht, "Acciaio" 105’, for a European ship owner introduced by Konstantin Kolpakov and Richard Kaye from Arcon Yachts. The shipyard does not cling onto the successes of the first part of 2016, which are record breaking themselves, and is nearing completion of 3 negotiations, all for yachts over 112 feet.

The prestigious Ancona- based shipyard reinforces its leadership in the segment of steel and alluminium Explorer Yachts between 80 and 112 feet, as certified also this year by the Global Order Book 2016. In fact, CdM remains the leader in the world for its specific segment, representing about 60% of the world market.

Built at CdM and designed by Hydrotec, the new explorer yacht will be a newly designed Custom Explorer. It has been developed for a customer attracted by the world of Explorer Yachts and their technical characteristics, but looking for softer and more contemporary lines. The new Acciaio 105’ has been designed precisely starting from a sketch drawn by the client, during a dinner with the Sales Director of the shipyard, Vasco Buonpensiere, which was done working on the profile of a Darwin Class 102’. This is an elegant, timeless Explorer Yacht which for the first time at Cantiere delle Marche will have a tender inside the garage, placed aft of the engine room, instead of the usual lazarette totally dedicated to toys and diving station.

More details will be provided in the coming weeks in regard to external lines and interior design.

Bruno Piantini, general manager of CdM, comments: "As anticipated earlier in the year, 2016 is certainly the year that proves Cantiere delle Marche begins to express its maturity, both on the commercial and on the product level. The data that we are analyzing and we will disclose at the CDM annual press conference at the Yachting Festival in Cannes in September are simply amazing, especially when you consider that CDM was born only six years ago and produces yachts in such a niche segment, that of the small, three decks Explorer Yachts in steel".

The President, Gabriele Virgili, adds: "In addition to commercial and industrial successes, I think that there is to be truly proud of the fact that CdM has remained the shipyard that we have always wanted: a shipyard where passion, human relationships and - why not? - the fun when doing what we love the most, remained at the center of our daily life”.