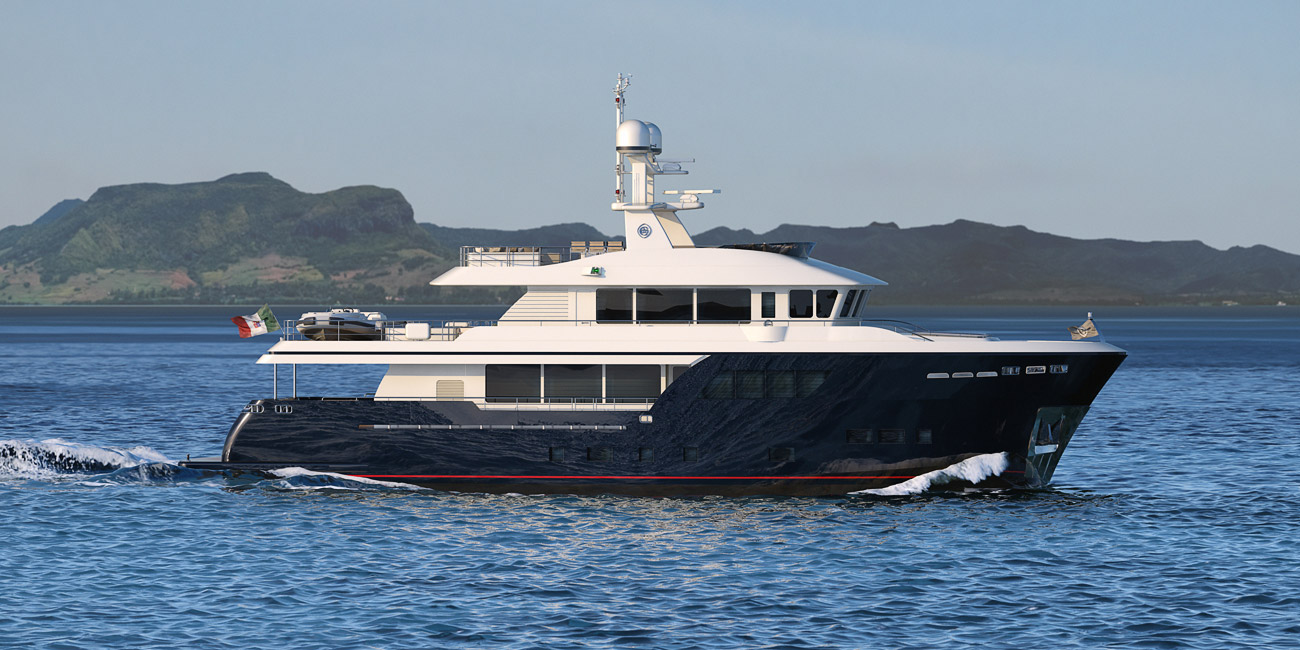 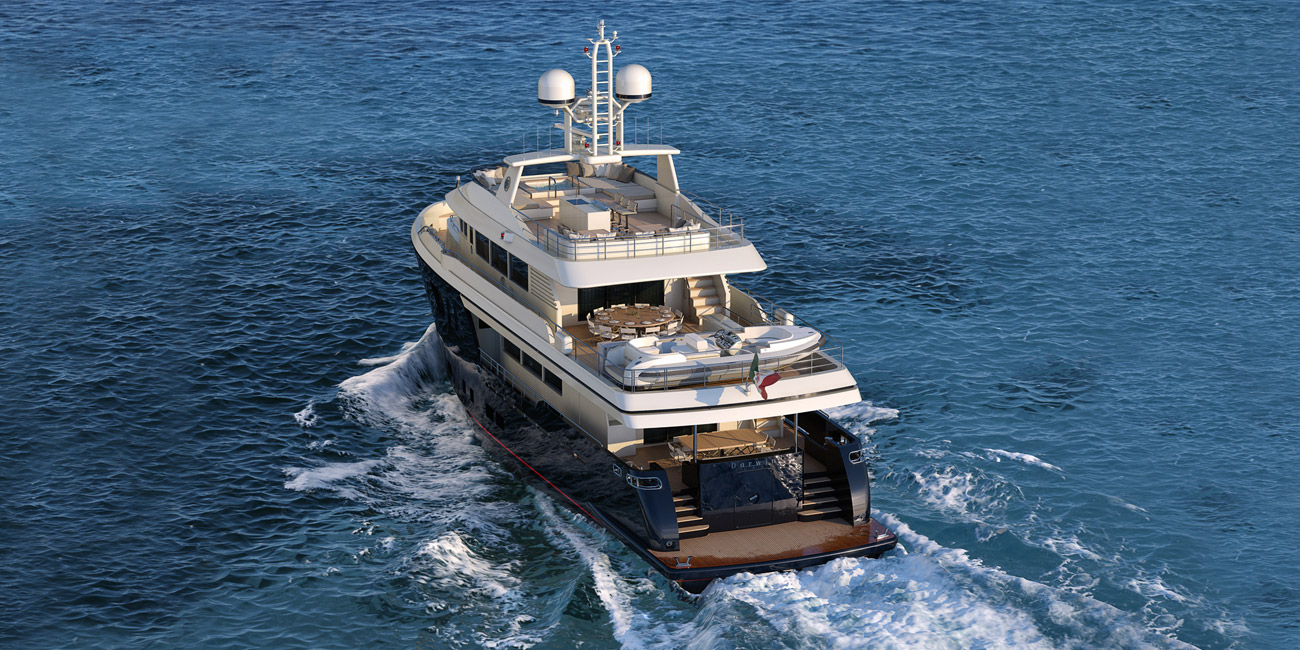 The date of the first 2016 launch of a new Darwin Class 102' is approaching. Official presentation at the upcoming Cannes Boat Show.

We are only a month away from the first 2016 launch of Cantiere delle Marche, which this year is also preparing to launch the 108 feet flagship of the successful range of explorer yachts in alluminium designed by Nauta Yachts, CdM Nauta Air.

The new Explorer Yacht Darwin Class M/Y Babbo,102 feet of steel and aluminum, will be launched in early May and will be officially presented at the next Festival de la Plaisance in Cannes. This is the second out of four Darwin Class 102' sold. The yacht’s layout is particularly suited for larger groups of people who want to spend time together and a great attention to toys and to the diving center, situated in the huge and fully equipped garage of almost 25 square meters. As in the sistership M/Y Acala presented at the latest Fort Lauderdale Yacht Show, the aft platform will store a tender of 5 meters while the upper deck will host a 6.30 meter tender.

A special management team who involved the experienced capitain Marc Maudet and the staff at CdM, was dedicated to the yacht's configuration in order to have a yacht that is reliable in all weathers and in any part of the world, an activity that distinguishes the explorer yachts built by CdM. Just like the sistership M/Y Acala, that after the delivery crossed the Atlantic and visited diving havens like Cuba, Queen's Garden and the Blue Hole in Belize and M/Y Percheron (Darwin Class 86') crossed the Atlantic Ocean already two times. Darwin Class yachts can smoothly sail in seas with waves of 6.5 meters and winds over 50 knots without any problem of seakeeping and in full systems efficiency.

Vasco Buonpensiere and Ennio Cecchini co-founders of CDM are united in declaring:”The success of our Darwin Class 102 is the proof of how a product developed by identifying a very specific market demand can give great commercial satisfaction even in difficult times like these. There are now four Darwin Class 102 sold and this shows that CdM continues not only to be the absolute reference for all those who want to own a real yacht Explorer, but also to be once again a shipyard that listens and translates very well the real needs of yachtsmen in every corner of the world”.

M/Y Babbo features three decks, interior generous spaces of 240 square meters and 244 GRT volume, which together hold in every detail the essence of an Explorer yacht, maintaining the quality finishes and the luxury typical of the superyacht world.

And this is indeed one of the keys to the success of the CDM: to be the first to combine these two worlds without diluting the essence of either of them. Style and technology, design and durability, solidity and refined finishes: all this is Cantiere delle Marche, as, once again, it demonstrates in this new yacht.

The interior design is the result of a "four hands" work between the South American designer Simon Hamui on behalf of the owner, who defined the style of decor, and the PFA studio from Fano that took care of the definition of general plans, of space planning and that oversaw the entire management of the interior design of the project.